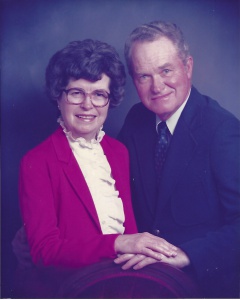 The Lake Land College Foundation recently received its largest cash gift in the history of the organization. The $1.7 million gift was donated to benefit Shelby county students from the Cecil Paul and Marjorie Wilson Davis Estate.

Cecil Paul and Marjorie Wilson Davis were very involved in their communities and professions and wanted to be able to give back by creating opportunities for Shelby County residents to pursue a college education.

Paul Davis enlisted in the U.S. Navy in 1944 as a plank member of the destroyer and radar picket ship Herbert J Thomas DD 833. Davis went on to graduate from the University of Illinois in 1950 with a bachelor’s degree in agriculture.

After working at Smith-Douglas Fertilizer in Streator for several years, Davis moved to Gibson City in 1960 and began farming in 1962. Davis married Marjorie Wilson on June 28, 1970 and retired in 1991.

Marjorie Wilson Davis was born in rural Windsor and graduated from Eastern Illinois University in 1951. Having taught English for 24 years at Stephen Decatur High School and Champaign Central High School in Urbana, Wilson Davis held professional memberships in Delta Kappa Gamma, Honorary for Women Educators, KAUW and National Council of Teachers of English for which she was state secretary for five years.

Also a co-teacher leader for summer school travel studies to Europe for high school students, Wilson Davis was an active member of the Dix Unit of Homemakers Extension and the Guthrie Club.

Back to the top
Join Laker Nation