This event gives fans the opportunity to interact with current and former team players for the St. Louis Cardinals baseball team as well as broadcast talents and other familiar faces. Children 15-years-old and younger will also receive one autograph from each current and former player in attendance at the event.

Tickets are $10 per person, and admission includes a drink, hot dog and chips.

Tickets for the event can be purchased in advance at the Lake Land College Field House Athletics Office or at Washington Savings Bank in Mattoon. Tickets will also be available at the door on the day of the event.

No preferred seating will be available.

The event will be sponsored by Lake Land College Athletics and Mattoon High School Baseball. 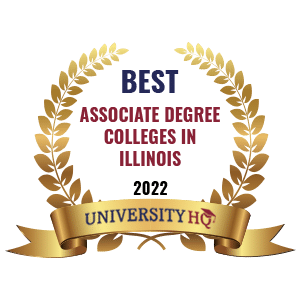 The college earned the recognition based on several factors, one of which was having affordable degree programs, quality teaching and supportive faculty.

“We are exceedingly proud of the quality of instruction and the caring environment we provide our students here at Lake Land College,” President Josh Bullock said. “The success we see from our students is truly a testament to the talents and motivation of our entire Laker community. It is because of our students’ willingness to learn and our instructors’ willingness to go the extra mile that our Laker alumni go on to do so well.”

With small class sizes, students have more opportunities to connect with instructors and build quality networking experiences beyond the classroom.

Lake Land College offers a wide variety of associate degree opportunities that prepare students to enter the workforce immediately or transfer to a four-year college. With courses designed into Areas of Study via a Guided Pathways structure, the students are able to explore the different options available to them before choosing their path.

These agreements are in addition to several already existing apprenticeship agreements with local businesses such as The Equity in Effingham and 3Sisters Logistics in Teutopolis.

“The apprenticeship program allows us to be proactive in designing a program with Lake Land that will fast track new technicians and give them the ability to hit the ground running and being productive right away in a very rewarding and well-paying career as an automotive technician with us,” KC Summers Auto Group Service Director Ed Roley said.

Lake Land College Director to Center for Business and Industry Bonnie Moore invited representatives from each of the businesses to the stage to join their new apprentices in the signing of the agreements.

“At the core of apprenticeship is the idea that the transfer of knowledge from mentor to student can be life-changing for the individual, sustaining and successful for the industry, and altogether inspiring for the community,” Bullock said. “As we celebrate National Apprenticeship Week together today, it is clear that Lake Land College is staying true to its vision of engaging minds and changing lives through the power of learning.”

As part of the celebration, Lake Land College also hosted a panel of new and long-standing apprenticeship employers, including Woolum of North American Lighting, Roley of KC Summers Auto Group and Baca of Hydro-Gear.

The panelists shared their thoughts on the evolution of apprenticeships and the benefits they provide to both participants and employers as well as other concepts such as how they decided to develop apprenticeship positions and how the positions coexist within the companies’ dynamics.

Second place in the Best Sales Presentation category went to Hutton for her piece “Broomtown Café.”

“We are very proud of the excellence and talent these students exhibit, and these awards certainly attest to their great work,” Broadcast Communication Instructor and Station Manager of WLKL 89.9 FM Greg Powers said. “Throughout the many years we have been attending the Silver Dome awards, our students have continued to be recognized for their exemplary work and dedication to the field, and this year was no exception.”

For more information about Broadcast Communication at Lake Land College, visit lakelandcollege.edu/guided-pathways and select the Humanities and Social Sciences area of study.

The Student Ambassadors are a group of students who serve as official representatives of Lake Land College. They assist the college by informing prospective students of the opportunities available to them at Lake Land. The ambassadors give campus tours, attend college/career fairs, visit high schools and assist with special school functions. Each of the 15 ambassadors will receive a $1,000 scholarship.

“We are thrilled to be working with all of these wonderful individuals, and we look forward to the many ways they will enrich others’ Laker experiences,” Associate Dean of Enrollment Pam Hartke said.

The current Student Ambassadors are:

Lake Land College selected 13 students from several applicants to participate in The Vibe for the 2022-23 academic year based on their passion for the college and demonstrated communication and interpersonal skills.

Lake Land College developed this student marketing council called The Vibe to include a student voice in the college’s marketing and communication materials.

“The Vibe members are incredible individuals who tell the daily Laker experience through their own eyes. In addition to sharing their unique journeys, they assist the Marketing & Public Relations team by highlighting key messages and events, while providing valuable feedback on marketing and communication strategies,” Director of Marketing & Public Relations Kelly Allee said. “We are grateful to them for sharing their talents, thoughts and ideas with us, and we look forward to the many wonderful things they will do in the future.”

The students serve as social media influencers for Lake Land College, creating authentic testimonials and social media content on the platforms that resonate with their peers and potential students.

Brooke Benhoff of Ramsey is a sophomore majoring in Agriculture Transfer.

Carly Buckley of Rushville, Indiana is a sophomore majoring in Horticulture And Landscape Design.

Darrius Frazier of Chicago is a Laker alumnus who has returned to major in Information Technology.

Calista Heiser of Paris is a sophomore majoring in Agriculture Transfer.

Elfrieda Iheasi of Nigeria is a freshman majoring in Pre-Nursing.

Cayla Jolly of Mason is a sophomore majoring in Paramedical Services.

Jordi Oliver if Buncombe is a sophomore majoring in Agriculture Transfer.

Konner Remlinger of Martinsville is a sophomore majoring in Broadcast Communication.

Megan (Mae) Russell of Mattoon is a freshman majoring in Art.

Stephanie Sample of Sullivan is a sophomore majoring in Broadcast Communication.

Divine Songo of Republic Democratic of Congo (DRC), Kinshasa is a freshman majoring in Pre-Nursing.

Emerson Tarr of Leroy is a sophomore majoring in Agriculture Transfer.

Macie Waddill of Camp Point is a sophomore majoring in Criminal Justice.

The Lake Land College Foundation recognized the 2020-2022 Philanthropy Award recipients as well as incoming and outgoing board members at the Foundation and Alumni Awards Reception in October.

“We extend our congratulations and gratitude to the 2022 Philanthropy Award recipients,” Executive Director for College Advancement Christi Donsbach said. “We are proud to honor this extremely deserving group of individuals and organizations that have supported the Lake Land College and Foundation throughout the last 50 years.”

Also recognized were the board members rotating off of the board of directors after their second term ending in 2022. These included board members Brian Hutchins, Tom Grunloh and Christine Pilson.

The Foundation would also like to welcome new board members Kathleen Anderson of Hindsboro, Robert Payton of Wichita Falls, Texas, and Rudy Huber of Sullivan.

“I would like to thank our outgoing board members on their incredible dedication over the years,” Donsbach said. “The Foundation has experienced amazing growth under their leadership and expertise. I am also excited to welcome our newest board members and appreciate their commitment to serve in this capacity. I continue to be amazed with the sincere allegiance of our very own alumni and community members who dedicate their time, talent and treasures to be our board members.”

The 2022 Foundation Board of Directors slate of officers includes President Rich Hartke, Vice President Renee Huckstead and Secretary Tom White. The most recent past president is Deacon Patient.

For information on the Foundation or to view the most recent Foundation Annual Report, visit lakelandcollege.edu/foundation/. 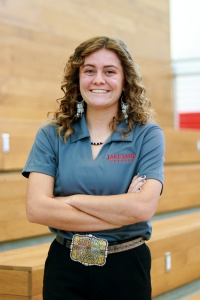 Oliver serves as a full-time Agriculture Transfer major with hopes of transferring onto the University of Illinois to obtain a dual major in Agricultural Communications and Animal Science. Upon graduation, her goal is to be commissioned into the United States Air Force.
“Jordi is an exceptional representative of the outstanding students we have at Lake Land College and it is an honor to nominate her for this award,” Vice President for Student Services Valerie Lynch said.
At Lake Land College, Oliver serves as president of both the Student Government Association and the Agricultural Transfer Club, and vice president of the Collegiate Farm Bureau Club. She is also a Student Ambassador and a member of The Vibe, a student marketing council. Oliver is a dedicated individual who is not only extremely active at Lake Land, but serves many outside organizations as well. She is the president of the Illinois State 4-H Livestock Ambassador Team, secretary of the Illinois Junior Angus Association, as well as the past Illinois Junior Angus Association Royal Queen and the 2020-2021 Illinois Association FFA State Secretary.
Should she be chosen as the award recipient, Oliver will receive a letter of congratulations signed by the governor, a challenge coin, and a $500 stipend.
-30-

“We are incredibly grateful to Chair Sullivan for the many years he has dedicated to Lake Land College,” Lake Land College President Josh Bullock said. “He continues to make a positive difference and devotes a great deal of his own time and commitment for the good of our college community.”

The event will feature employers who utilize apprenticeships in the operations of their businesses, as well as featuring a new apprentice signing and a proclamation from Lake Land College President Josh Bullock.

Co-facilitated by ApprenticeshipIllinois.com, the event will feature a wealth of information for those considering taking part in an apprenticeship. These opportunities can further develop skills and knowledge and can create greater marketability for students who complete the programs.

For more information on the event or how to get involved with an apprenticeship, contact Apprenticeship Navigator for WIOA Nate Carlson at ncarlson@lakelandcollege.edu or 217-238-8224.

Back to the top
Join Laker Nation